In order for you to better understand the teaching on Historicism I would like to let you know about all 4 major teachings of prophecy or the 4 Views of Revelation. If you ask most people — Christian or non-Christian — what they think the book of Revelation is about, the chances are they will tell you it is a book about the “end of the world.”  Most people have never heard any other way to understand this book filled with strange beasts, symbolism and ominous signs of doom. Most people are unaware that there is any other way to understand this mysterious last book of the Bible. Since most such as I, were only taught one interpretation we find it difficult to accept any other interpretation. Many can become hostile when one even presents another view. I did. But the futurist view (that Revelation is predicting events yet to be fulfilled) is only one of four traditional Christian ways of looking at the Bible’s book of prophesy. Please open you mind and heart as you study these 4 views 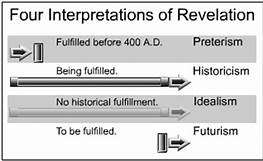 1- Preterist. Most prophecies in the book of Revelation were fulfilled during the time of the Roman Empire. The term preterism can describe 1) A belief that the text is not inspired prophecy, but is rather a description of certain historical events amidst apocalyptic imagery.

2) A belief that the prophecies of the book are divinely inspired and were fulfilled mostly in the first centuries after Christ.

The first type of preterist, advocates a later writing of the book of Revelation (A.D. 95), and while accepting the historical reality of certain events in the text, believes John’s apocalyptic visions were never, and will never be, fulfilled.

The second type of preterist, believes in an early writing of the book (before A.D. 70). Those who advocate this view point out the correspondence between Revelation and the fall of Jerusalem in A.D. 70. They point to Revelation 1:1, 19, which says that the

Predicted events must “shortly come to pass.” They also point to Jesus’ Olivet Discourse (Matthew 24) as primarily being fulfilled with the fall of Jerusalem to the Romans in A.D. 70. Most conservative preterits’ allow, however, that the last chapters of Revelation describe the Second Coming of Christ.

2- Historicist. The prophecies have been fulfilled throughout history and are still being fulfilled today. While this interpretation is not widely in use today, those who have been steeped in popular futurist views are often surprised to learn that most of the classic

Commentaries from a century or more ago are written from a historicist viewpoint. Many of

According to historicists, Revelation is a kind of survey of church history, with historical events symbolically portrayed. Historicists believe that exact time periods are specified, assuming that each day specified in the text equals a year in real time. The challenge for historicists has been to align actual events with the details in the text (an approach shared by preterists and futurists). This requires large amounts of conjecture, and the flexibility to

In any case, historicism has fallen out of vogue. Critics point out that it has not kept up with history much past the 14th century and that it is Eurocentric — not recognizing more recent and significant developments in the church in other parts of the world.

3- Futurist. Most prophecies beyond Revelation 3 are yet to be fulfilled.

This is the view held by most contemporary North American evangelical writers and teachers. Somewhat ironically, futurism was originated in 1585 by Francisco Ribeira, a Spanish Jesuit priest, for the purpose of refuting the historicist views of the Protestant reformers and it appears to have succeeded. 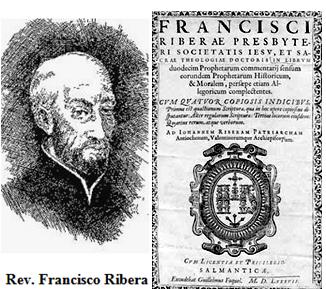 The most popular version of futurism today is dispensationalist, which has only been around since 1830, when J.N. Darby began teaching his ideas of a secret Rapture of the church (Revelation 4:1) followed by a tribulation period, and a 1,000-year rule of Christ. Futurists tend to take a literal view of the book of Revelation. Since futurists believe that few, if any, of the events from chapters 4-22 of Revelation have taken place, it is easy for them to assert that most of these prophecies are to be taken literally, this literal interpretation of the highly symbolic book of Revelation ignores the style of writing God inspired John to use. Revelation is prophecy, letter and apocalyptic — with the apocalyptic style predominating. Apocalyptic style was well known at the time John wrote, using cryptic meanings and symbolic images. Above all, apocalyptic literature is born of immediate persecution and oppression and anticipates the final triumph of good over evil.

Disregarding the language God inspires to convey his message, futurists conveniently avoid having their “this is going to happen in the near future” approach tested by historical events.  Dispensationalists, in particular, can prognosticate freely with the confidence that they will be raptured before the bulk of Revelation is fulfilled and will not be around on earth to be embarrassed by any inaccuracies in their predictions.

4- Allegory or Spiritual (or Symbolic or Idealist). Most prophecies portray the ongoing cosmic conflict of spiritual realities and may have many fulfillments throughout history.

This actually represents a variety of approaches that look for lessons or principles — often recurrent in history — symbolically depicted in Revelation. Noting the apocalyptic style in which the book is written, this interpretation sees the central theme as the triumph of good over evil, of Christ over Satan The obvious advantage of this view is that there is no need to match events described in the book to real events. The disadvantage is that the book of Revelation itself claims to predict certain specific events

In determining what you will believe on the interpretation of the book of Revelation Please consider after much prayer and study of the scriptures whether these were fulfilled in Christ while he was here on the earth. As prophecy does not determine your salvation then do not allow your belief to cause division between you and your brethren. It is not a salvation issue. The most important thing is for you to be ready when he calls you home. Obey Acts 2:38 and keep on holding on.  Remember the scripture that Isaac Newton believed strongly in. John 14:29 I have told you before it come to pass, that, when it come to pass you might believe. 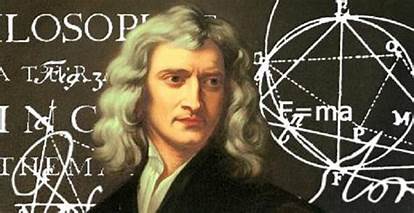