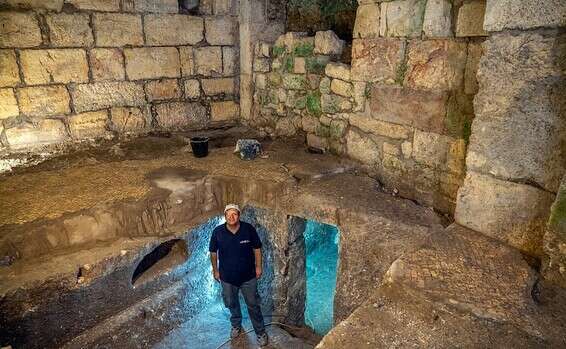 An underground complex carved out of rock that dates back to the Second Temple era has recently been excavated at the foot of a 1,400-year-old building near the Western Wall. On Tuesday, the Israel Antiquities Authority and the Western Wall Heritage Foundation presented the first images of the complex, which is located beneath the entrance lobby to the Western Wall Tunnels site.

Archaeologists said this was the first time a complex of this type has been discovered near the Western Wall.

The complex was exposed for the first time in two millennia by students from several pre-military academies, who take part in archaeological digs under an initiative designed to instill a sense of heritage. The IAA wants to connect today’s youth to their cultural past.

Researchers think that the complex, which includes two rooms and an open courtyard that are arranged on three levels, connected by stairs carved out of rock, was used by Jerusalem residents in early Roman times, before the city was sacked and the Temple was destroyed. It sits beneath the mosaic floor of a building from the Byzantine period.