Early Monday morning, a 3.2 temblor was felt in the north of the country. No damage was reported.

Residents of northern Israel who happened to be awake before dawn on Monday might have felt a small earthquake that hit at 2:38 a.m. The quake registered 3.2 on the Richter scale.

The small temblor was followed by a smaller quake at 3:53 a.m., which registered 2.8 on the Richter magnitude scale.

Located in one of the most seismically active regions of the world, small-scale earthquakes are a common occurrence in Israel. In the past seven days, the Geological Survey of Israel has registered nine small earthquakes that ranged from 2.1 to 3.3.

None of the minor temblors resulted in any damage or injuries.

“At that time, the great prince, Michael, who stands beside the sons of your people, will appear. It will be a time of trouble, the like of which has never been since the nation came into being. At that time, your people will be rescued, all who are found inscribed in the book. Daniel 12:1 (The Israel Bible™)

In a recent interview, Defense Minister Naftali Bennett said that there’s “no reason” for Iran to set up military installations in Syria noting that the Islamic Republic doesn’t even share a border with them.

A message of hope for those worried about the New World Order. 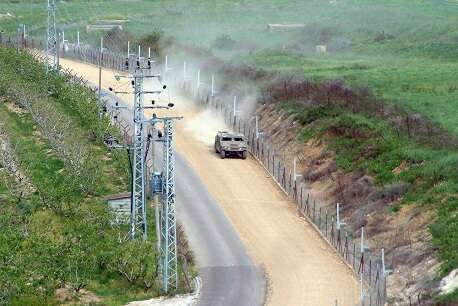 As Israel prepares to mark the 20th anniversary of its withdrawal from the security zone in South ‎Lebanon, questions remain about what prevented the IDF from “winning” its guerrilla war against ‎Hezbollah.‎ 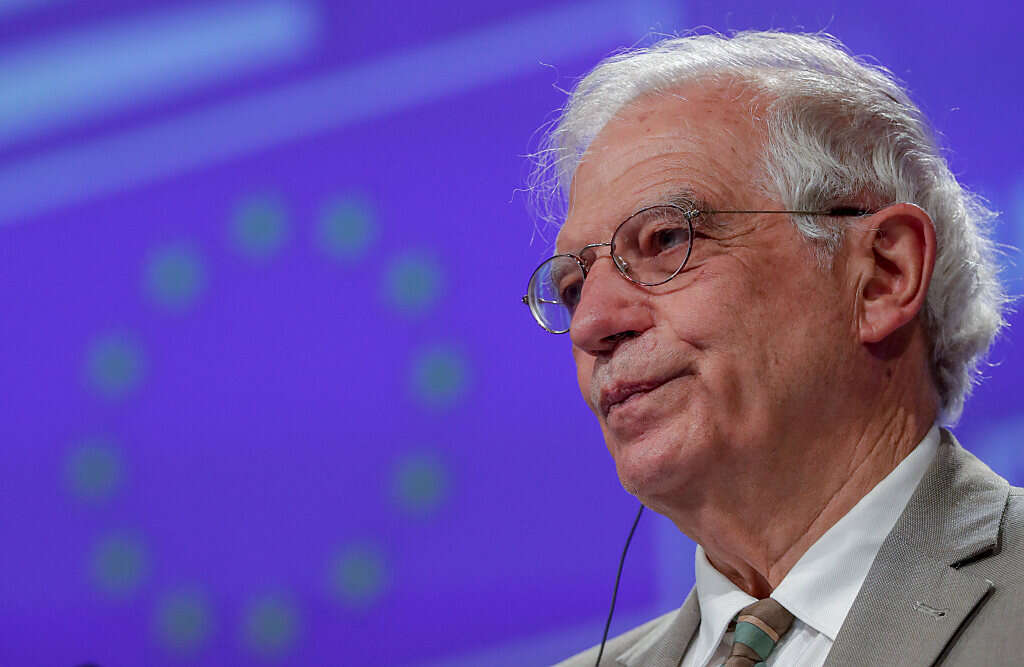 The European Union’s Foreign Affairs Commission is reportedly debating punitive measures against Israel should it push forward with its plans to annex parts of Judea and Samaria and the Jordan Valley, in accordance with the Trump administration Middle East peace plan.

Source familiar with the move told Israel Hayom that EU foreign policy chief Josep Borrell is the one pushing for sanctions. 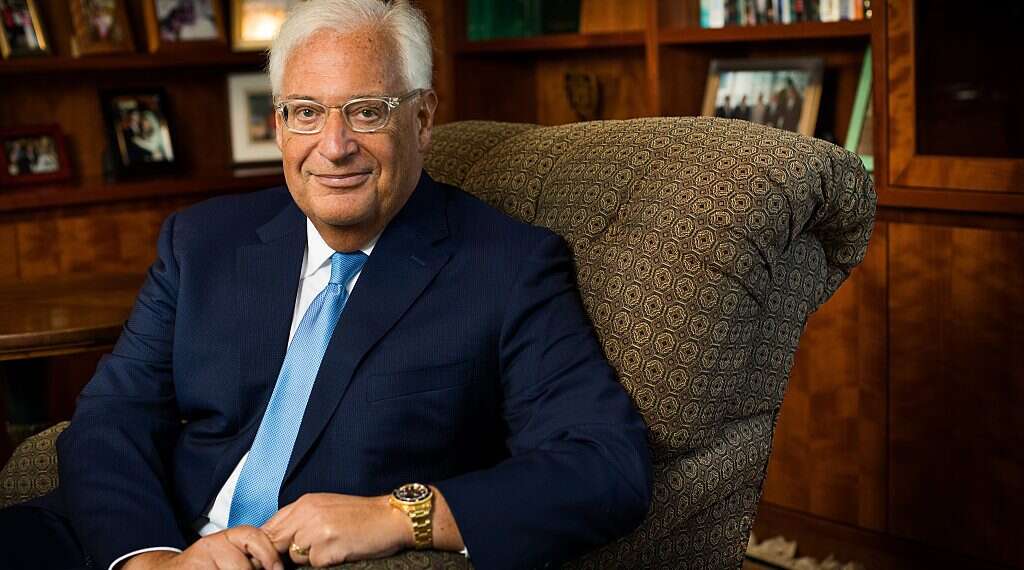 US Ambassador to Israel David Friedman believes that applying Israeli sovereignty in Judea and Samaria can take place in a matter of weeks. In a special interview, he dismisses the Left’s criticism, saying, “We have doubled areas A’ and B’ and reassures the Right it will only have to contend with a Palestinian state “if the Palestinians become Canadian.”

Israel reportedly carried out an airstrike in southern Syria near the Golan Heights on Thursday, Syrian state television reported.

The report on state-owned Ikhbariyah said the attack targeted Tel al-Hara, where a Russian outpost was stationed, though has since been taken over by Iranian-backed militias, Reuters quoted Western intelligence sources as saying.

Israeli Prime Minister Benjamin Netanyahu, at a memorial ceremony for Ze’ev Jabotinsky, a revisionist Zionist leader, suggested that Israel was behind the strike.

“We’re defending ourselves at all times,” Netanyahu said.

Tel al-Hara overlooks the Golan Heights and had served as a Russian radar base until the Syrian army recaptured it last year from the rebels.

According to foreign media reports, Israel has carried out numerous attacks in Syrian in recent years targeting Iran and Hezbollah.

On Tuesday, Israel reportedly expanded its operations against Iran, by hitting its forces in Iraq, according to Asharq Al-Awsat, an Arabic-language newspaper based in London.

The Church of the Apostles, which is said to have been built over the house of Jesus’ disciples Peter and Andrew, has been unearthed by a team of Israeli and American archeologists along the Sea of Galilee in northern Israel.

For the past four years, the international team of experts has been uncovering the ancient Jewish fishing village of Bethsaida on the Sea of Galilee. Bethsaida eventually turned into the Roman village of Julias

The story of this ancient find started in 725 with a Christian pilgrim named Saint Willibald, the 8th-century bishop of Eichstätt in Bavaria. During his travels in the Sea of Galilee, he set sail from Capernaum to Kursi. On the way, he stopped in Bethsaida and saw the Church of Peter and Andrew. This church was built over the homes of the houses of Jesus’ disciples – Peter and Andrew.

In an exclusive interview with Breaking Israel News, Dr. Moti Aviam, Professor of archaeology at the Kinneret Institute for Galilean Archaeology at Kinneret College said: “There is no other church that is known between Capernaum and Kursi. We also assume that the site we are digging in El Araj is a more likely candidate to be the location of Bethsaida than is the Jordan Park which is a few kilometers away”.

Aviam and his colleague, R. Steven Notley, knew that they discovered a church when they saw common indicators such as tessera and other pieces of marble that coincide with the design of a church during that time period.  Until now, the team has unearthed the southern wall and mosaic floors. However, Aviam admits that they need at least another 2-3 years to uncover the rest of the church. 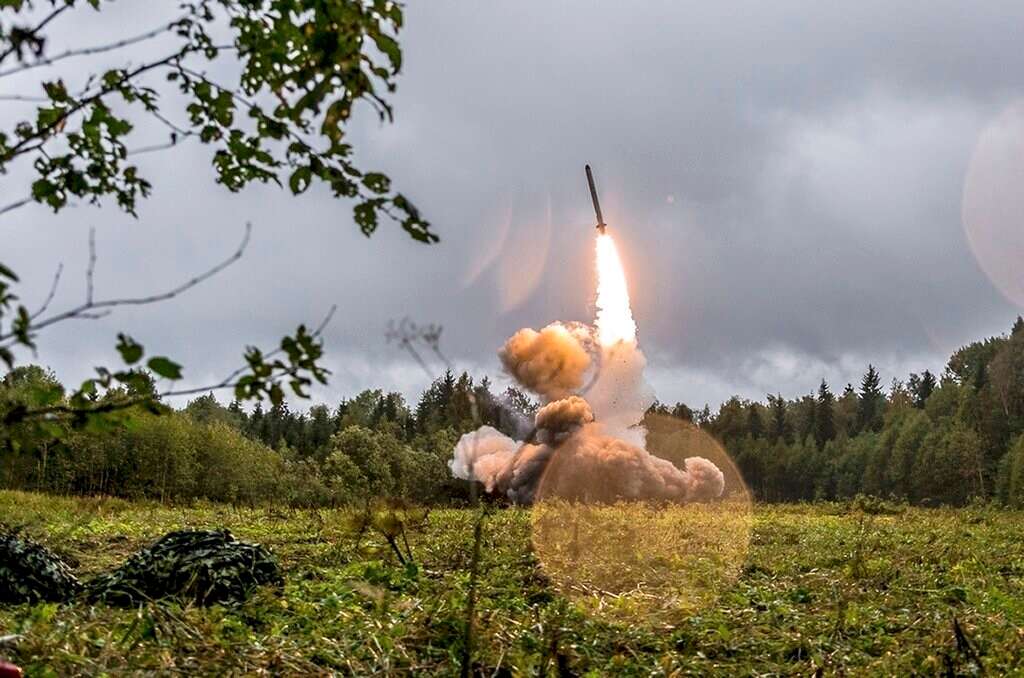 The United States plans to test a new missile in coming weeks that would have been prohibited under a landmark, 32-year-old arms control treaty that the US and Russia ripped up on Friday.

Washington and Moscow walked out of the Intermediate-range Nuclear Forces treaty that President Ronald Reagan and Soviet leader Mikhail Gorbachev signed in 1987, raising fears of a new arms race. The US blamed Moscow for the death of the treaty. It said that for years Moscow has been developing and fielding weapons that violate the treaty and threaten the United States and its allies, particularly in Europe.

“Russia is solely responsible for the treaty’s demise,” Secretary of State Mike Pompeo said in a statement released on Friday.

But the US also sees an upside to exiting the treaty. Washington has complained for years that the arms control playing field was unfair. US officials argued that not only was Russia violating the treaty and developing prohibited weapons, but that China also was making similar non-compliant weapons, leaving the US alone in complying with the aging arms control pact.

Now, the US is free to develop weapons systems that were previously banned. The US is planning a test flight of such a weapon in coming weeks, according to a senior administration official, who was not authorized to publicly discuss the weapons development and spoke only on condition of anonymity.

The current Pentagon budget includes $48 million for research on potential military responses to the Russian violations of the INF treaty, but the options do not include a nuclear missile.

The official downplayed the test and said it was not meant as a provocation against Russia. Because the United States adhered to the treaty for 32 years, the United States is “years away” from effectively deploying weapons previously banned under the agreement, the official said Thursday.

Arms control advocates still worry that America’s exit from the INF treaty will lead the two nations to also scrap the larger New START treaty, which expires in early 2021.

“Pulling out of this treaty leaves New START as the only bilateral nuclear arms agreement between the US and Russia,” said physicist David Wright, co-director of the Global Security Program at the Union of Concerned Scientists. If US President Donald “Trump pulls out of that treaty as well or allows it to lapse, it will be the first time since 1972 that the two countries will be operating without any mutual constraints on their nuclear forces.”

Trump hasn’t committed to extending or replacing New START, which beginning in 2018 imposed limits on the number of US and Russian long-range nuclear warheadsand launchers. Trump has called New START “just another bad deal” made by the Obama administration, and Trump’s national security adviser, John Bolton, said in June that it’s unlikely the administration will agree to extend the treaty for five years, which could be done without legislative action in either capital.

The Trump administration thinks talks about extending New START are premature. The administration claims that with China’s growing arsenal of nuclear warheads, Beijing can no longer be excluded from nuclear arms control agreements. Trump has expressed a desire to negotiate a trilateral arms control deal signed by the US, Russia and China.

The administration official said the US has had regular discussions with the Russians and Chinese about the possibility of a three-way arms control agreement. Trump wants the agreement to address not just intermediate-range weapons, but “all nuclear weapons,” the official said.

“We invited the US and other NATO countries to assess the possibility of declaring the same moratorium on deploying intermediate-range and shorter-range equipment as we have, the same moratorium Vladimir Putin declared, saying that Russia will refrain from deploying these systems when we acquire them unless the American equipment is deployed in certain regions,” he said in an interview with state news agency Tass.

European leaders are expected to react to Friday’s demise of the INF with disappointment and concern.

“With the end of the INF treaty, a bit of security in Europe is being lost,” German Foreign Minister Heiko Maas said this week. “Now we call all the more on Russia and the US to preserve the New START treaty as a cornerstone of worldwide arms control.

“Nuclear powers such as China must also face up to their responsibility on arms control – they have more weight in the world than at the time of the Cold War.”

Over its lifetime, the 1987 INF treaty led to the elimination of 2,692 US and Soviet Union nuclear and conventional ground-launched ballistic and cruise missiles. Until its demise, the treaty banned land-based missiles with a range between 500 and 5,500 kilometers (310 to 3,410 miles).

Pompeo said the US first raised its concerns that Russia was violating the treaty in 2013 during the Obama administration. He said the US tried for six years to prod Russia back into compliance.

In February, Trump determined that Moscow was in material breach of the treaty and the US suspended its own obligations under the agreement. That started a six-month clock to get Russia back into compliance – time that ran out on Friday.

“As it has for many years, Russia chose to keep its non-compliant missile rather than going back into compliance with its treaty obligations,” Pompeo said. “The United States will not remain party to a treaty that is deliberately violated by Russia.”