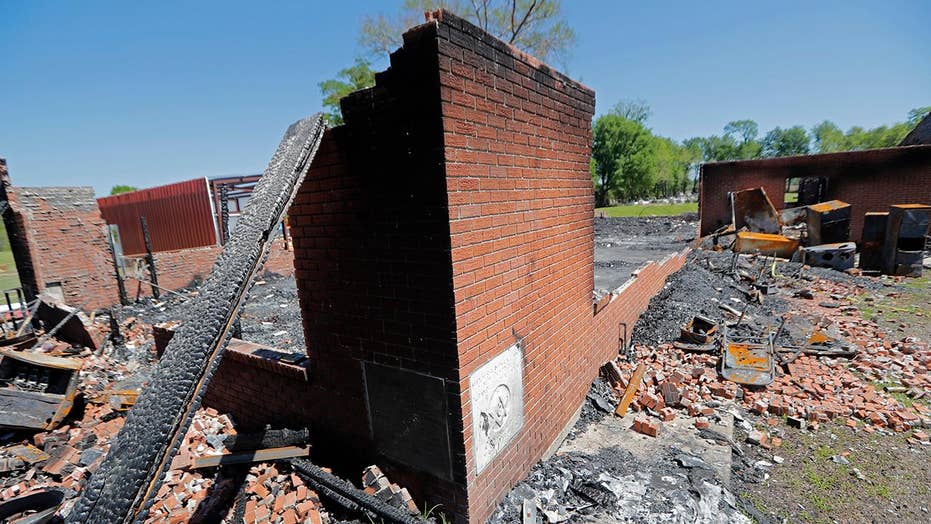 Cops on Thursday were investigating if hate was the motive in the case of a man arrested Wednesday in connection with several intentionally set fires that burned down three historically black churches in the past two weeks, police said.

Holden Matthews, 21, faces three counts of simple arson of a religious building on the state charges. Federal investigators are looking into whether hate motivated the fires. Matthews is the son of St. Landry Parish Deputy Roy Matthews.

After observing the crime scenes and speaking with investigators, Rep. Clay Higgins, R-La., told The New York Times that the “method of each burn is notably the same.”

The three churches of predominantly black congregations were empty at the time of the blazes, and no injuries were recorded. The NAACP has labeled the church burnings “domestic terrorism” and racially motivated.

At a Thursday news conference, State Fire Marshal Butch Browning said the threat to the community “is gone now.” He also called the fires “an attack on our God and our religion.”