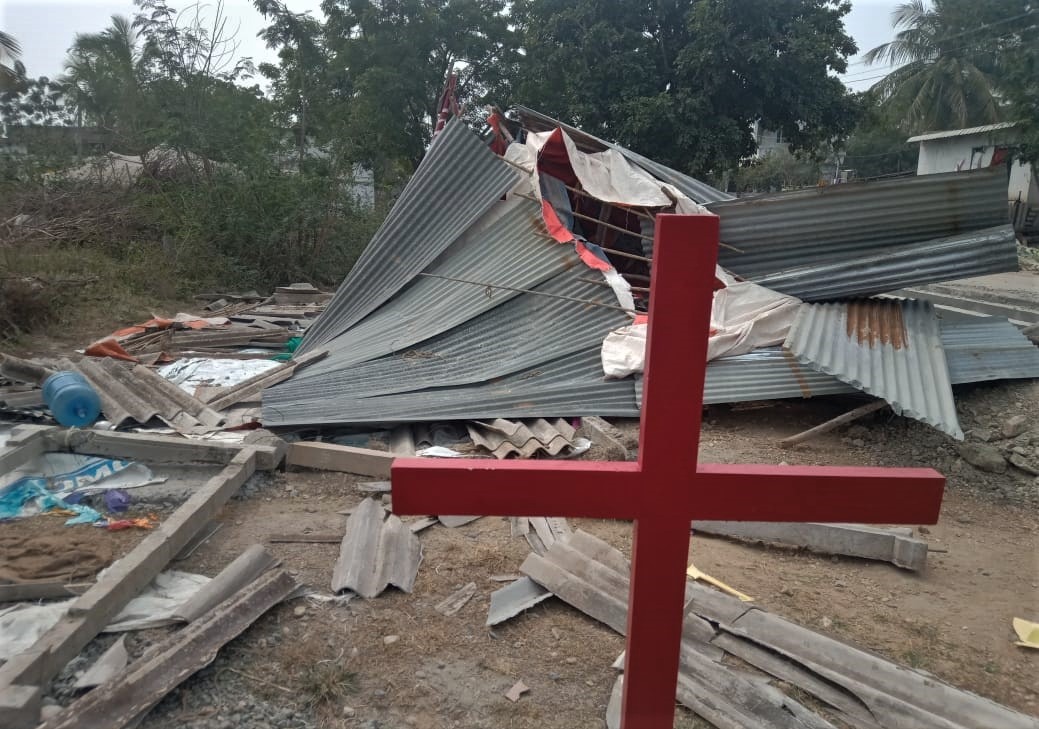 The Evangelical Fellowship of India’s Religious Liberty Commission (EFIRLC) documented 77 incidents of hate and targeted violence against Christians in January and February, up from 49 cases during the same period last year. The cases include the murders of one Christian in Odisha state and another in Chhattisgarh state, both in February.

“We have reasons to believe that both men, who were in their 40s, were killed because of their faith,” the Rev. Vijayesh Lal, general secretary of the EFI, told Morning Star News. “We have recorded cases where Christians have been facing social boycott and have been excommunicated from their villages, and in a few instances have had to flee to save their lives.”

Of the 77 incidents, 16 took place in Tamil Nadu state, 12 in Uttar Pradesh, six in Maharashtra and five in Chhattisgarh, the report found. The states of Andhra Pradesh, Bihar, Jharkhand and, surprisingly, Kerala each saw four cases, followed by other states, Lal said.

The 49 cases recorded in the first two months of 2018 followed the documenting of 50 cases during the same period the previous year.

In one of the incidents this year in Uttar Pradesh, female police officers on Jan. 13 disrupted a Sunday worship service and arrested four women and two men, including the female pastor leading worship. At the police station, a female police officer physically assaulted the woman pastor, Sindhu Bharti, who fell unconscious.

“Boiling tea was forcibly thrust in her mouth because the police thought that she was feigning her unconsciousness,” an eyewitness, Madhu Bharati, told Morning Star News. “When that did not work, they poured two jugs of cold water on her face, not caring that it was already severely cold due to winter.”

Those arrested were charged with intent to hurt religious feelings, defilement of a place of worship and rioting, among other charges. The intervention of Christian leaders resulted in police freeing the arrested female Christians, but the men were kept under judicial custody.

In the murders, two Christians were killed by Maoists, known as Naxalites, after area tribal people influenced the rebels in Odisha and Chhattisgarh respectively.

“Munglu Ram Nureti from Kohkameta village in Chhattisgarh was killed because villagers who were opposed to his practicing the Christian faith falsely reported him as a police informer to the Maoists,” Lal said. “Anant Ram Gond, from Nabarangpur in Odisha was killed a day before Munglu Ram Nureti in a similar but more gruesome manner. He was already being persecuted for his faith for some time. It has been reported and verified by credible sources that he was reported to be a police informer by villagers [who were angry at him becoming Christian] to the Maoists, which led to his killing.”

Gond had been living outside the village for some time after facing social boycott because of his faith, Lal said.

“There have been occurrences where Christians have been taken to temples and made to chant Hindu verses and seek forgiveness for the ‘sin’ of conversion,” he told Morning Star News. “At least two instances have been recorded where public banners against Christians have been placed outside Navsari, Gujarat and in Alangulam village near Tirunelveli in Tamil Nadu. The Navsari banners prohibit the entry of Christians in the town, while those in Tamil Nadu, apparently put up by the Hindu Munnani, reportedly ask the Hindus to awake against religious preaching in the village.”

Alliance Defending Freedom-India, which provides legal advocacy for Christians, reported on Feb. 19 that 29 incidents against Christians took place in January.

Its 2018 annual report, “Hate and Targeted Violence against Christians in India,” released on Feb. 22, took note of the “sudden spurt of violence in a few districts of Uttar Pradesh, the country’s most populous province, and in Tamil Nadu in the extreme south of the subcontinent.”

The cases documented in the report are by no means exhaustive, as it was based on voluntary reporting and civil society investigations, it states. The EFIRLC said most cases go unreported, either because the victim and witnesses are terrified, or the police, especially in the northern states, turn a blind eye and refuse to record mandatory First Information Reports.

With general elections due in April-May, attempts at religious polarization were at an all-time high, the report noted. It added that the “small Christian community, 2.3 per cent of the 1.3 billion population, which seems to be targeted on issues of conversion, is also collateral victim of the hate crimes against the much larger Muslim community, which is about 15 percent.”

Over 40 percent, or 132, of the documented incidents in the 2018 report took place in the state of Uttar Pradesh, where Christians were targeted the most. This was followed by Tamil Nadu with 40 incidents, while Telangana came third with 24.

The increase of incidents in Uttar Pradesh can be attributed to the systematic campaign against Christians in the eastern part of the state, particularly Jaunpur District, where 45 incidents were documented, according to the report.

Churches in Jaunpur have been targeted through a systematic campaign involving Hindu extremist groups, media, local politicians and the state administration, according to the report. Arrests and detention of pastors and the stopping of church services have become commonplace.

India is ranked 10th on Christian support organization Open Doors’ 2019 World Watch List of the countries where it is most difficult to be a Christian. India was ranked at 31st in 2013 but has been ranked worse each year since Narendra Modi of the Bharatiya Janata Party came to power in 2014.

“We are still collecting and verifying information almost on a daily basis,” Lal said.