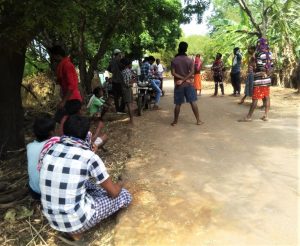 HYDERABAD, India (Morning Star News) – Animists in central India last week told five Christian families they would lose their harvest lands unless they returned to their tribal religion and beat them when they refused, sources said.

When the families answered a summons to a meeting with Salhephal village leaders in Bastar District, Chhattisgarh state on Tuesday (May 5), they found the tribal elders estimating the value of their lands, pastor Sirisguda Ramdhar told Morning Star News. The Christians had forbidden a tribal animist leader, Dulla Poyami, to perform tribal worship on their land, he said.

“The village leaders told the Christians, ‘You are not partaking in our tribal rituals, and so we cannot allow you to profit from your agricultural lands,’” Pastor Ramdhar told Morning Star News.

The Christians told them the lands were registered in their names, and that they were working hard to earn their bread, he said. “We follow our faith but have never been a burden on this village or to our kinsmen – you cannot snatch away our lands,” they told the tribal elders, according to the pastor.

“Even before they spoke any word further, the elders stood up and stormed at Christians Madda Poyami and Badda Poyami,” he said.

They began beating the two Christians, and a mob of at least 60 people soon gathered around them and the Christian families, clamoring for them to renounce their faith in Christ, he said.

Read the rest of the story clik here:  https://morningstarnews.org/2020/05/christian-families-summoned-beaten-and-threatened-with-death-in-chhattisgarh-india/